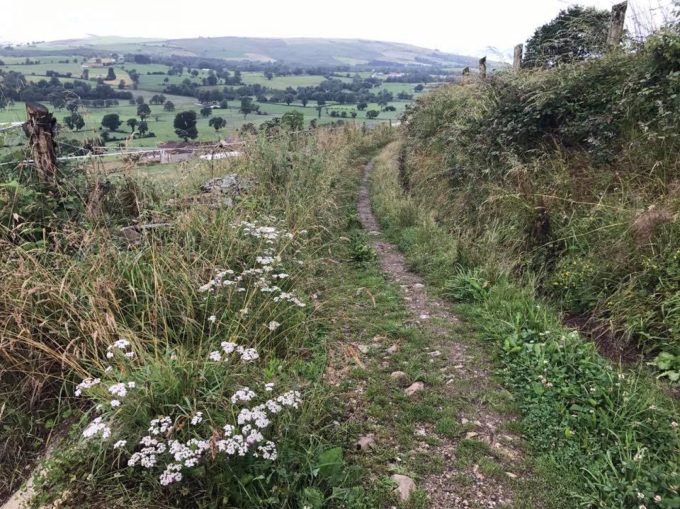 This is a place for me to share what I have learned, what I have seen on the Camino de Santiago. Unlike other guidebooks and tips sites, I want to get you walking!

Put simply, the Camino is a really long walk toward the Cathedral of Santiago de Compostela in Galicia, located in northern Spain. Pilgrims have walked to pay their respects at this site for over a thousand years. Sometimes in groups, sometimes one by one, every day of the year, someone is walking. The routes are many, but the most well traveled is the Camino Frances, starting at the Spanish-French border in the Pyrenees and snaking across the width of Spain for nearly 800 kilometers, or roughly 500 miles.

Why trek to this particular Cathedral when so many churches house religious relics? Pilgrims believe that the Cathedral houses the remains of the Apostle James. Generally speaking, along with Rome and Jerusalem, Santiago de Compostela is considered to be one of the holiest of Christian pilgrimage sites. 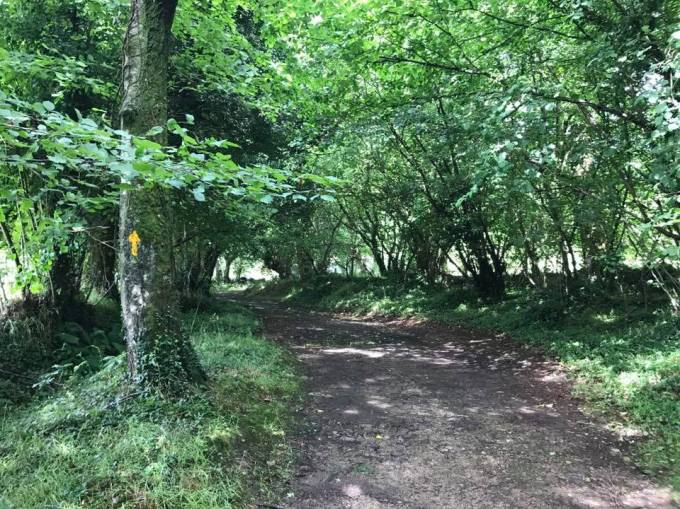 So how did I get swept up in all this? I grew up in Michigan and my only real contact with Spain was a collection of Spanish language records I got as a present in the second grade. It wasn’t until I reached the University of Michigan as an undergraduate that I discovered The Way – in an art history course where I studied Romanesque Sculpture of the Pilgrimage Roads. I call it my first Camino. Even though I did not go to Spain and I did not walk any farther than from my dorm to my classroom, I did travel – virtually – the routes through France to the Pyrenees and the route across the Camino Francés.

My next contact with the Camino would not present itself until I read a wonderful little piece in the New York Times Travel section about walking to Santiago de Compostela during a Holy Year. I started to wonder what had taken me so long, what had stopped me from going there before now? How was it I had so lost touch with the essence of the pilgrimage routes and the passion that came with pursuing such a goal?

In May 2009, I took off with my son. We went to Paris first, then to Toulouse, then on to the traditional starting point of the Camino Francés – St. Jean Pied de Port on the French border with Spain. The first stage of the Camino would take us over the Pyrenees through a pass that was used by Charlemagne and Napoleon’s army. It was extraordinary, it was stunning, it was as much a spiritual journey as a physical one – and it was too much. I realized in one day of walking that it was motivation that would take pilgrims across Spain, not just their feet. We hailed a cab to Pamplona where we caught the train to Madrid. This was just not going to be our Camino and I regret now that I did not just send my son on ahead to continue walking.

I came back to Spain in the fall of 2010 by myself, the end of the next Holy Year. Holy Years are celebrated during the calendar year in which the Feast of Saint James falls on a Sunday. I left New York on Christmas Day and started walking two days later, arriving on New Year’s Eve only an hour and a half before they closed the Holy Door, the Puerta Santa through which pilgrims may enter the Cathedral during Holy Years. The door is open now and will remain open through the end of 2022.

My next Camino would be the route in reverse by train. My daughter met me in Santiago de Compostela and we boarded a train from there to León where we spent the night, from León to Burgos, Burgos to Pamplona, and finally Pamplona to Madrid. We covered three of the larger cities along the Camino, spending a single night in each place and the only walking required was from the train to the hotel and the hotel to shopping, site seeing, and dinner. It was lovely – and Spain trains are very reliable, very comfortable, and they give you a glimpse of the same countryside covered by the pilgrimage road.

In 2012, I offered my oldest and youngest daughters – I have three daughters and a son – the chance to walk with me. Again walking in December, we started in León and walked to O’Cebreiro, the first stop in the province of Galicia, where we took a cab ahead to Sarria. We walked the last five stages arriving in Santiago on January 2, 2013.

I was fortunate to be able to volunteer in July 2014 in the office that welcomes pilgrims as they arrive in Santiago. I greeted hundreds of tired but happy people from all over the world. And it made me want to get back to walking, so the Friday after Thanksgiving, I left with my middle daughter (who had traveled with me by train) and we walked from Roncesvalles in the Spanish Pyrenees to Burgos where I left her to return home – and she continued walking.

May 2016 and I picked up where I’d left off. My last stamp from 2014 and my first in 2016 – the Cathedral in Burgos. I walked to León “by myself” accompanied by such a wonderful group of pilgrims from the Netherlands, the UK, and North Carolina! I even walked the Camino Primitivo in July 2017 with pilgrims from Italy, Austria, Finland, Switzerland, and Texas. Next? The beautiful Camino Inglés in April 2018, followed by the Portuguese Coastal Route from Baiona for Easter 2019. I walked the Camino Frances in January 2020 – a lovely and solitary winter Camino. November and December 2021, I walked from Pamplona to Villafranca del Bierzo with a few taxis and two buses. A truly tumbleweed pilgrimage. I do love an Advent Camino.

I have found walking the Camino paths to be a trip that is both informative and restorative, exciting and calming, spiritually uplifting and emotionally exhausting – but it is something to do. If there ever was a bucket list item, walking any section of the Camino de Santiago should be on it. Then, come back to Spain as a volunteer to help greet other pilgrims. I do that. It’s very satisfying.

So, I will post lots of my photos, my stories, my advice, and my experience and I hope it encourages you to consider walking. My favorite Latin quote is Solvitur Ambulando: “it is solved by walking.” Whatever you need to run from, run toward, or run with, this route will aid you.

And when you are ready to walk, please get a copy of my book: Buen Camino! Tips from an American Pilgrim – available on Amazon and Barnes & Noble and in “My Books.” If you like my photos, try my Redbubble site (@nilesite). And if you want to know something about the Cathedral in Santiago de Compostela, try “If You Stand Here.” Also up top – in My Books. Lastly, if you fancy a winter walk, my latest is “Buen Camino! Tips From a WINTER Pilgrim.” 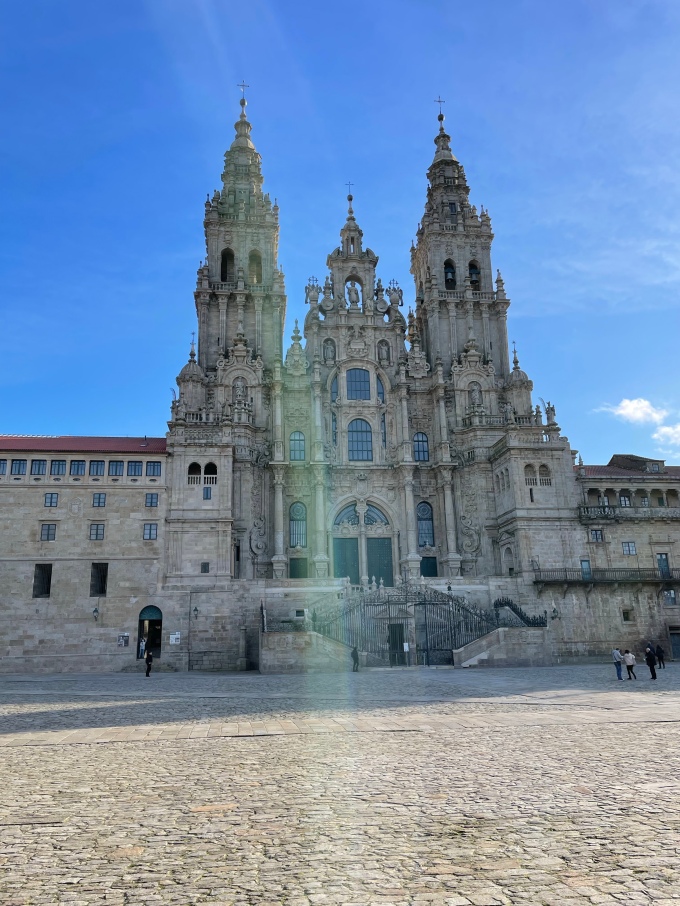